One of the finds of the year comes from Joseph Peterson, whose kind permission was grated to post this. 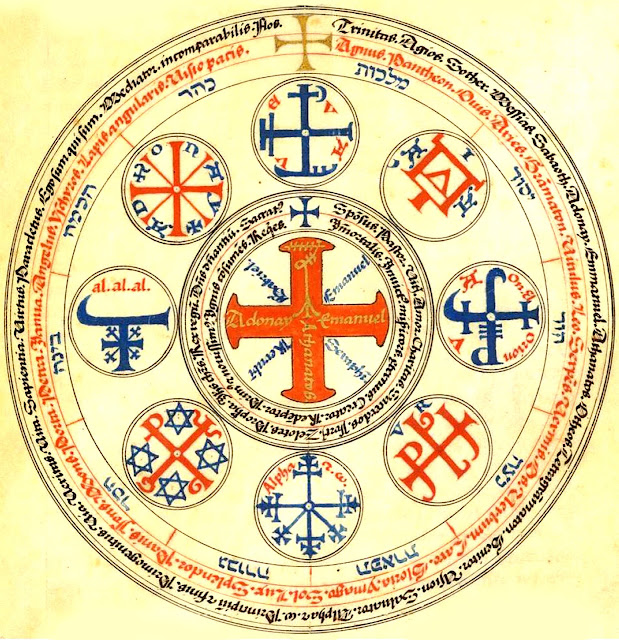 The manuscript he found contains good portions of the Elucidarium Nigromantiae of Petrus de Abano, one of the missing links in the European ritual magic texts, some portions of the Clavicula Salomonis, as far as I can tell, and other interesting experiments extracted from the Iberic tradition.

Officially known as  Vad. Slg. ms. 334 in  this beautifully penned manuscript can also be seen and downloaded from his website as a PDF.

Except the graphics presented in this article, I will will make two separate posts, one with all the seals contained therein, and one with the seven angelic seals and a comparison of its versions. 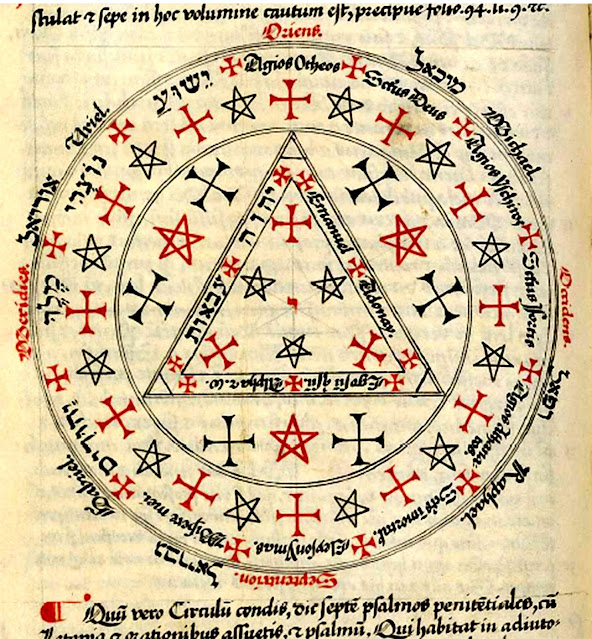 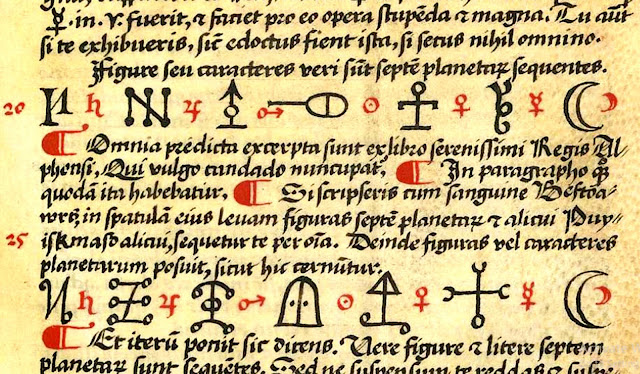 Posted by Mihai Vârtejaru at 08:53